January 07, 2020
Someone recently asked what were the best shows I saw in 2019. It's an interesting question because there are so many factors to consider:

I save all my stubs (or bracelets where I'll write the show/date/venue) so I can easily look at the rundown. Yes, I sometimes pay extra for a paper ticket stub.
I was surprised to find that 2019 was a lighter year for my live music attendance due to a mix of reasons ranging from work travel, kids' sleeping habits, health, getting older, etc.

Lettuce's RAGEFEST at the Joy Theater (New Orleans) on May 2nd featuring Oteil Burbridge and The Soul Rebels.

Phish at the Chaifetz Center on June 12th (St. Louis)

Dragonsmoke on December 14th, 2019 at Tipitina's 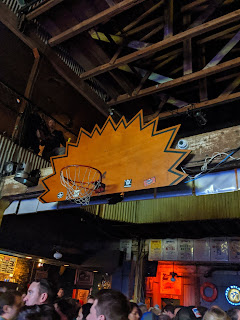 These shows didn't ultimately make the cut but deserve mention: